AGV’s Buckwheat Tea is thirst quenching, which helps in reducing body heatiness. It is caffeine free, thus a healthier option as your daily tea.

It is a traditional recipe drink known as memil-cha in Korea, soba-cha in Japan, and kuqiao-cha in China, used to cool down a heaty body, which made from roasted buckwheat that gives whiff to buckwheat’s fragrance when you enjoy it. 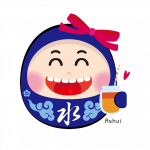